Home » Publications » What is a caveat?

What is a caveat? 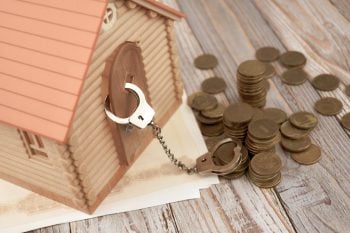 The word ‘caveat’ means ‘beware’ and arises in various legal contexts however it is specifically linked to property law.

Land ownership in NSW is primarily recorded through a Torrens Title system overseen by the State Government which provides landowners assurance of the title to their property.

NSW Land Registry Service is responsible for recording any ‘interests’ affecting each parcel of land, such as a change of ownership, mortgage or right of way. Registration of an interest proceeds by way of lodgement of a ‘dealing’ over the land.

By searching the Register, a person can determine who owns a particular piece of land, and what interests exist on it. This is critical in the conveyancing process as a purchaser needs to know the existence of anything that will affect their future ownership or use of the land.

A person who has an interest in Torrens Title land, which interest may not be registered or recognised in a formal sense (unlike a first registered mortgage or easement registered on a plan of subdivision), may need to lodge a caveat to protect that interest.  The person who lodges the caveat is known as the Caveator.

What is a Caveat?

A caveat is a statutory injunction preventing registration of further dealings over property without first notifying the the Caveator.

The caveat itself does not formalise or prove the interest claimed, but acts as a warning or formal notice to tell the public of the existence of that claim.  Once registered, the caveat shows on the title to the property and alerts others wishing to deal with the land, of the interest claimed in the caveat.

When a caveat is lodged at NSW Land Registry Service it effectively prevents the registration of further dealings on the property’s title until the caveat:

For example, proposed purchasers of land would be alerted to a caveat through a title search conducted by their lawyer. The purchasers would require the caveat to be removed before handing over funds to complete the purchase. The removal of the caveat requires the landowner to obtain the caveator’s consent, instigating negotiations in settling the interest claimed.  Alternatively, the landowner may argue that the caveat was improperly lodged.

How can I lodge a Caveat?

Only ‘legal’ interests in land are caveatable. You must have a genuine interest that attaches to the property. Legislation and case law determine what a caveatable interest is and your lawyer at Bateman Battersby will be able to advise on this point.

Establishing a correct caveatable interest is very important as the wrongful lodgement of a caveat may leave you liable for any loss incurred by the landowner, including legal costs to have the caveat removed.

The typical process for lodging a caveat is:

In what circumstances would I lodge a Caveat?

A purchaser under a contract for sale of land has a caveatable interest in the land being purchased and may wish to protect that interest. In a standard conveyance with a short settlement period, the cost of registering a caveat may not be warranted.

If you propose lending money, a carefully drafted loan agreement should be prepared to ensure provisions are included to ‘charge’ the borrower’s property with security for the loan. If it is intended that the loan is to create a caveatable interest, documents can be agreed and signed by the lender and borrower and the appropriate caveat lodged.

Loans to family or friends should also be formalised and if significant funds lent, a caveatable interest created over the borrower’s property. Too often money is lent informally to couples by one of the partner’s parents. If the relationship subsequently breaks down the parent’s recourse to repayment is usually limited to their own child who may be in a worse financial position after the break-up. This can be avoided by ensuring all loans are documented and, where necessary, a caveat lodged.

Claiming a caveatable interest over the property of someone that owes your money (debtor) is complex.  Many cases have seen courts order removal of the caveat and payment by the caveator of the landowner’s costs.

The mere consent of a debtor to the lodgement of a caveat against the debtor’s property has been considered insufficient to create a caveatable interest because no interest has been created in the property.  Any document relied upon as creating the interest will be scrutinised to determine if the landowner really intended to allow a charge to be created over the property.

If you are owed money, we can advise whether the lodgement of a caveat can be used to help secure payment of the debt owed.

A caveatable interest does not exist merely because parties have been married or in a de facto relationship. However, courts have found that a caveat may be justified where financial contributions are made by one party to a relationship, even though property is held in the sole name of the other party. This interest can be protected by a caveat whilst property settlement proceedings are on foot.

Sometimes non-financial contributions such as caregiving and homemaking may also be recognised as creating a caveatable interest however each case is determined on its merits.

Lodging a caveat can help secure money you have lent and protect your interests in property. Determining whether or not you have a caveatable interest requires careful consideration to avoid being liable to a landowner for wrongful lodgement.

If you would like to know more about lodging a caveat, or if you have had a caveat lodged over your property that you do not think is justified, please contact one of our accredited property law specialists, Michael Battersby or John Bateman on 02 4731 5899 or email property@batemanbattersby.com.au