Home » Publications » Who will take care of my children if I die?

Who will take care of my children if I die? 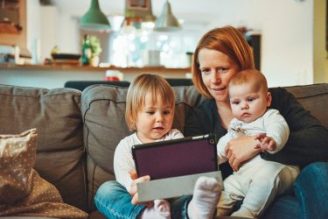 This is an important question that most parents ask themselves. Many people mistakenly believe that when they die their parents or siblings will automatically become the guardians of their children.  To address this question, in 1916 the Guardianship of Infants Act was enacted in NSW.  Whilst this legislation has been amended over time, and now operates subject to the Family Law Act, it nonetheless remains in force.

The basic rules set out in the Guardianship of Infants Act are:

In 1975, the Family Law Act was enacted nationally and Section 61C of that Act provides that each of the parents of a child has parental responsibility for the child unless the Family Court orders otherwise. This remains the position despite any changes in the nature of the relationship of the child’s parents.  It is not affected, for example, by one of the parents dying, by the parents becoming separated, or by either or both of them remarrying.

The Family Law Act also provides that any person with a “sufficient interest” can apply to the Court for guardianship. If this occurs, the Court has power to appoint a person based on what it believes is in the “best interests of the child”.

In NSW due to the conflict between the Commonwealth and State laws, an ambiguity exists between the Family Law Act and the Guardianship of Infants Act, in the instance where a deceased parent appoints a Guardian whilst the surviving parent remains alive. As such there is a possibility in this instance that the appointment of the Guardian may have little practical effect.

So why is it important to appoint a Testamentary Guardian of your children in you Will?

Failure to appoint a Guardian in the event both parents die will likely result in some person who has a “sufficient interest” in the child, needing to apply to the Family Court or Supreme Court to be appointed Guardian. This could result in duelling sets of relatives as to who should be the Guardian.

In NSW, if you make the appointment in your Will, and no dispute arises regarding the appointment you make, no Court order is necessary because the appointment takes effect under the Guardianship of Infants Act. If however, a dispute does arise and an application is made to the Family Court, your nomination in your Will of a Guardian provides a clear statement of your intentions to the Court, even though it doesn’t bind the Court.

What should you consider when choosing a Guardian?

Because the appointment of a Testamentary Guardian gives that person a great deal of power and influence over the life of your child, you should choose someone who has a bond with your child, and has the necessary time, age, energy, responsibility and income to properly care for your child. You should ask that person whether he or she is willing to accept that responsibility.  You should assess whether the Guardian shares your values regarding education, religion and morality, their lifestyle choices and whether they will promote your child’s relationship with other family members.  Your choice should be reassessed over time, and your Will changed if necessary.

Appointing a Guardian of your children in your Will can reduce the possibility of conflict between family members over who is responsible for your children when you die. Even if a dispute does arise, you have provided the Court with a clear statement of what you consider is in the best interest of your child.

If you, or someone you know, would like further information or assistance regarding the appointment of a Testamentary Guardian or about your Will generally contact Lisa Delalis on (02) 4731 5899 or email to willsestates@batemanbattersby.com.au.

Download PDF Version:
Who will take care of my children if I die?