Home » Publications » What is the role of an Independent Children’s Lawyer in the Family Court?

What is the role of an Independent Children’s Lawyer in the Family Court? 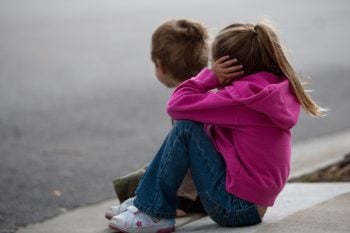 It is often perceived that a child is the unheard party in a Family Law Parenting but this is not always the case as the Family Court will often require the involvement of an “honest broker” between a child and the child’s parents to facilitate settlement negotiations and a resolution of their parenting dispute.

What is an Independent Children’s Lawyer?

An Independent Children’s Lawyer (ICL) is a suitably qualified lawyer appointed by the Family Court to represent a child’s best interests in a parenting dispute before the Court. To be eligible to be appointed by the Court the ICL must have completed the National ICL Training Program and be registered on a State ICL Panel.

Under the Family Law Act the Court has the discretion to appoint an ICL to represent the child and promote their best interests in the parental dispute proceedings. The Court can do this on its own volition, after considering an application to appoint an ICL made by a parent or child, or an organisation that may be concerned with the welfare of the child. An ICL is not strictly the child’s legal representative and they are not bound by a child’s instructions. They are however permitted to play a key role in ensuring the child’s views are heard by the Court if its appropriate to do so.

When is an ICL appointed?

An ICL is generally appointed by the Family Court in parenting disputes where one or more of the following circumstances exist;

What is the role of an ICL?

The primary role of an ICL is to investigate the current circumstances of the child, consider the views of the child and form an independent view based on this information of what is in the best interests of the child. They must be impartial and make submissions to the Court that they believe are in the child’s best interests having regard to all matters known to the ICL.

An ICL will usually firstly read all of the documents filed by the parties to the proceedings. They will then investigate the current circumstances of the child by gathering information from various sources which may include some or all of the following;

Once the ICL has obtained and reviewed the above information they will then determine whether it is appropriate to meet with and interview the child. The ICL’s decision in this regard is usually made having regard to the age of the child. Generally, if the child is in high school they will almost always be interviewed by the ICL but a child who is still in pre-school may not be interviewed.

The ICL may also determine whether an expert known as a Family Consultant should be engaged to prepare a Family Report in order to provide an independent assessment of the issues in the case regarding the child. Family Consultants are qualified social workers or Psychologists with skill and experience in working with children and families and their reports can assist the Judge hearing the case to make decisions about arrangements for the child.

Does the Court have to adopt the ICL’s recommendations?

During the course of the Parenting Dispute hearing the ICL will make recommendations as to how they see the child’s best interests being served having regard to the information they have gathered in regards to the Child’s circumstances and if they have met with the child, the matters that were discussed at this meeting. The Court however is not bound by the recommendations of an ICL but the evidence the ICL puts before the Court will be considered by it in making a final determination in relation to parenting matters. Given the independent nature of the investigation and resulting recommendations made by the ICL these will generally be seriously considered by a Judge.

Who pays for the ICL’s fees?

The fees associated with the appointment by the Court of an ICL are usually paid by the relevant Legal Aid authority in the State or Territory in which the proceedings are being heard. However, the Court also has the discretion to make an Order that either one or both parties to the parenting dispute pay or contribute to the costs associated with the ICL representing the child having regard to their capacity to do so.

The role of an ICL is an extremely important one and their involvement in a parenting dispute may result in the disputing parents agreeing to Court Orders that are in the best interests of their child or in the absence of such agreement the Family Court making orders that best achieve this outcome.

At Bateman Battersby we have a number of experienced Lawyers that specialise in Family Law matters. If you believe that an ICL should be appointed in your matter or you are unsure of their role and the process involved or wish to discuss any Family Law issues, please contact Oliver Hagan or Ken Gray on (02) 4731 5899 or email us at familylaw@batemanbattersby.com.au.

Download PDF Version:
What is the role of an Independent Children's Lawyer in the Family Court?