Home » Publications » What happens when a Gift in your Will fails?

What happens when a Gift in your Will fails? 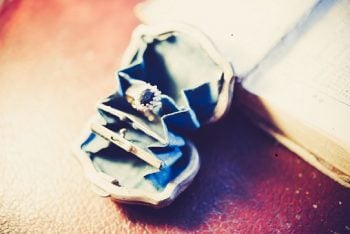 During your lifetime you’ll likely acquire and dispose of assets on getting married or divorced, after having children or when you retire. But what happens when you gift one of those assets to a beneficiary in your Will and the asset no longer exists when you die or the person you left it to has died before you?

What is a Testamentary Gift?

In situations where the description of a gifted item, or the nominated beneficiary of a gift are unclear and are in dispute, unless the persons or entities laying claim to the gift can come to an agreement as to its distribution, the dispute will be determined by the Supreme Court on the application of any of the parties, or the deceased’s executor.

The legal term ‘Ademption’ describes a circumstance where you make a gift of a specific asset in your Will to a beneficiary but at the time of your death you no longer own that asset. No matter if you’ve sold, discarded or destroyed it, or it’s been lost or stolen, if at time of your death the asset is no longer part of your estate the Rule of Ademption applies and the gift fails. Your Will operates as if the gift was never made, and the beneficiary is not entitled to receive something else in place of the gift, or cash to the same value.

There are only a few exceptions to the Rule of Ademption including:

How to preserve your wishes

To prevent gifts failing it’s prudent to update your Will as your assets or ownership structures change and to accommodate changes in your personal circumstances. It’s also important to ensure you have a properly drafted Will which amongst other things:

If you would like further information about Testamentary Gifts and preserving your wishes or want to discuss making a Will or having your current Will reviewed, please contact Lisa Delalis or John Bateman of our office 02 4731 5899 or email willsestates@batemanbattersby.com.au.

Download PDF Version:
What happens when a Gift in your Will fails?