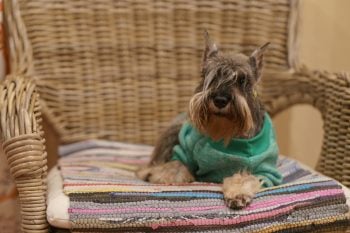 With more and more people now living in strata blocks, it is perhaps unsurprising that there has been so much interest in the NSW Court of Appeal’s recent decision overturning a blanket ban on pets in a Sydney apartment building.

On 12 October 2020, the NSW Court of Appeal handed down its decision in Cooper v The Owners – Strata Plan No. 58068. This was the latest decision in a highly publicised saga over whether or not an owners corporation has the power to make or maintain a by-law providing a blanket prohibition on the keeping of animals on the lot or on common property of a strata scheme.

Section 136 of the Act authorises an owners corporation to make by-laws ‘in relation to the management, administration, control, use or enjoyment of the lots or the common property and lots of a strata scheme’ with the restriction that a by-law will have ‘no force or effect to the extent that it is inconsistent with this or any other Act or law.’

Section 139 provides a number of other restrictions on by-laws; the relevant restriction in this case being subsection (1) which states: ‘A by-law must not be harsh, unconscionable or oppressive.’ This was a new limitation brought in by reforms to the Act made in 2015.

The Coopers and Angus, their miniature schnauzer, live in a 43-storey strata scheme in Darlinghurst, Sydney. The building had a “no- pet policy” since 1998 with by-law 14.1 of the scheme’s by-laws stating ‘an owner or occupier of a Lot must not keep or permit any animal to be on a Lot or on the Common Property’.

At owners corporation meetings held in 2015 and 2018 and at the annual general meeting held in 2018, the Coopers unsuccessfully sought to repeal the “no-pet” by-law and replace it to enable Angus to continue to live with them.

The owners corporation took action to enforce the by-law and the Coopers took action in the NSW Civil & Administrative Tribunal (‘NCAT’) seeking orders that the by-law was harsh, unconscionable and oppressive under s 139(1) and invalid under the Act.

At first instance, the NCAT held the by-law to be harsh, unconscionable or oppressive, declared it invalid, made orders requiring the by-law be removed, and dismissed the owners corporation’s application for orders that the by-law had been breached. On appeal, the NCAT Appeal Panel reviewed this decision and found in favour of the owners corporation, making orders requiring Angus be removed from the scheme within 28 days.

In a unanimous decision the Court of Appeal allowed the Coopers’ appeal, set aside the orders of the NCAT Appeal Panel and made an order granting the Coopers’ costs. When considering whether the by-law was harsh, unconscionable or oppressive the Court applied a test of adverse affection.

In doing so, the Court noted that strata title is a well-known form of real property and is subject to the fundamental principle of indefeasibility of title. This has significance in identifying the attributes (and constraints) of a particular title which, in this case, were the by-laws.

The decision of the Court of Appeal effectively means that blanket prohibitions in strata scheme by-laws about keeping pets and other matters are likely to be invalid due to their oppressive nature.

What it means for other Strata Schemes?

In making its decision the Court has now established a binding precedent for New South Wales. The decision creates significant difficulty for strata schemes which currently have similar blanket by-laws or who intended to impose by-laws which prohibit pets. Conversely, the decision is a landmark win for pet owners, giving strata property owners the right to keep their pets at home.

If you or someone you know wants more information about this topic or any other Strata issue or needs advice about purchasing in a Strata Scheme please contact one of our accredited property law specialists, John Bateman or Michael Battersby on 4731 5899 or email property@batemanbattersby.com.au.

Your Rights as a Beneficiary

With more and more people now living in strata blocks, it is perhaps unsurprising that there has been so…

Time Limits in the Family Court – Don’t be late!

When partners separate or divorce, it’s best if their financial relationship is also concluded expeditiously. Limitation period for married…