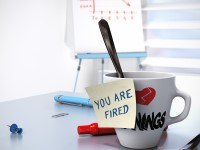 The use of social media sites, such as Facebook, Instagram and Twitter has become widely accepted in today’s society.  The Fair Work Commission has increasingly been asked to consider issues raised by employee’s online use of these social media sites whilst not at work, to make comment about their workplace and their work mates and claims by employees for unfair dismissal when their employment has been terminated because of that use.

The Fair Work Commission has found that derogatory, discriminatory or offensive comments made about other employees or an employee’s workplace can provide a valid basis for dismissal, but this will not always be the case. Whether or not termination is warranted will depend upon the particular facts and circumstances of the case.

Some examples of derogatory comments on social media resulting in termination are:

These examples indicate employers should ensure that:

Likewise, employees should proceed with caution when engaging with social media, and avoid posting any comments that may be deemed defamatory or derogatory of their employer. If they don’t, even a wrongfully dismissed employee might still be looking for a new job.

If you would like more information or require assistance or advice regarding an employment issue, please contact Ken Gray or Michael Battersby on 4731 5899 or email commercial@batemanbattersby.com.au.