Home » Publications » Relationship Over – Who gets the engagement ring?

Relationship Over – Who gets the engagement ring? 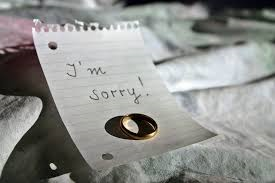 This question is asked not just by couples who are engaged but call the wedding off, but also by couples that separate after they are married. Nowadays, the position is also further complicated because often couples are residing together before they marry, or remain living together and do not marry.

The law in respect to engagement rings needs to be considered in the following contexts:

In a NSW case of Papathanasopoulos v Vacopoulos, Mr Vacopoulos (Mr V) gave Ms Papthanasopoulos (Ms P) a $15,250.00 engagement ring. About 10 days later on 26 August, Ms P called off the engagement telling Mr V “the wedding is off, here take the ring, I don’t want it.”  She then removed the ring and put it on the coffee table in front of Mr V and Mr V said to her “I don’t want the ring, it is a gift to you, you can keep it”.  About 30 minutes later Mr V left the house without the ring, and Ms P put it in a box with other items symbolic of their relationship in her wardrobe.  On 29 August Ms P told Mr V she didn’t want the engagement gifts from his side of the family and he should collect them.  On 29 September Mr V telephoned Ms P telling her he wanted to get back together.  Ms P refused and that day rang her mother and told her she wanted to throw out all items Mr V had given her.  Ms P’s father, later that day, threw the box with the engagement ring in the garbage.  When Mr V found out, he began proceedings for compensation.

The Court found an engagement ring is a ‘conditional gift’ given to someone on the condition that they will get married. When they failed to do so, it must be returned unless there is legal justification not to.  Ms P was found liable for the cost of the ring and ordered to pay compensation.

The Court summarised the principles as follows:

As is the case with other items of property in the property pool, the value of the engagement ring for the purposes of property settlement is the current second hand value which is often much lower than the purchase price. Understanding this, and given the sentimental value of engagement rings generally, they are typically excluded from the property settlement negotiations because the ring giver decides not to raise it during negotiations.

However, if either party does raise the issue, because the ring is property, it is added into the total value of property of the relationship available for distribution, and the total property pool will be divided up either by agreement between the parties, or failing agreement by Court Order. Accordingly, how the engagement ring is dealt with in the property settlement will differ on a case by case basis.

If you or anyone you know requires assistance with a property settlement or any other family law issues, please contact one of our experienced Family Lawyers, Oliver Hagen or Ken Gray on 02 4731 5899 or email familylaw@batemanbattersby.com.au.

Download PDF Version:
Relationship Over - Who gets the engagement ring?