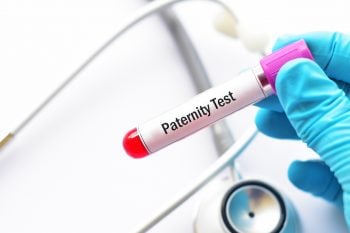 Paternity testing and Family Law often cross paths.  Testing may be required to settle a Child Support issue, a birth certificate issue or to confirm the paternity of a child in parenting proceedings before the Court.  However, the Family Court will not make an order for paternity testing just because one parent wants to confirm the biological parents of the child.

The Family Law Act sets out that there is a presumption of who the parents of a child are in the absence of a paternity test.  It is presumed a person is a parent of the child if one of the following applies:

A DNA paternity test can rebut these presumptions of parentage of the child and allow a person’s name to be removed from a child’s birth certificate and for them to cease making Child Support payments.

When will the Family Court make an order for paternity testing?

A person considering making an application to the Family Court for paternity testing must have evidence of what causes the parentage of a child to be in doubt.  The Court generally will not order paternity testing on the basis of a mere suspicion of misattributed parentage.

The applicant must have an honest, bona fide and reasonable belief that there is a doubt as to the child’s parentage before a parentage order will be made.  Such evidence may include the timing of conception or the appearance of the child.

What is involved in paternity testing?

If the Family Court makes a DNA paternity testing order to confirm the parentage of a child, the applicant, the child and the other parent must attend an accredited laboratory for DNA collection.

Can Child Support be claimed back?

If a party is found to not be the parent of a child and has paid Child Support for that child, they can make an application for the Child Support to be recovered.  The Court in considering such application would consider all relevant circumstances and a range of factors and it is not automatic that the child support paid is recoverable.  Time limitations also apply in respect to any recovery action

If you want more information about paternity testing or assistance in relation to any Family Law issue, please contact our Family Law specialists, Oliver Hagen or Ken Gray on 02 4731 5899 or email familylaw@batemanbattersby.com.au.

Your Rights as a Beneficiary

With more and more people now living in strata blocks, it is perhaps unsurprising that there has been so…

Time Limits in the Family Court – Don’t be late!

When partners separate or divorce, it’s best if their financial relationship is also concluded expeditiously. Limitation period for married…