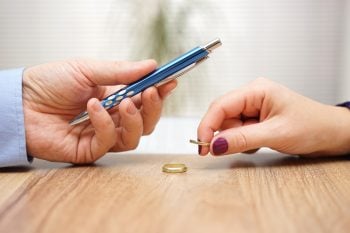 Nullity and Divorce are quite different. Divorce is the dissolving of a valid marriage following a period of at least 12 months separation of the parties. A Nullity is an Order of the Family Court that the marriage never existed.

When is a marriage legally valid?

To be legally married in Australia a couple including a same sex couple must:

What is a declaration of nullity?

A declaration of nullity is a finding that there was no legal marriage between the parties, even though a marriage ceremony may have taken place. It’s very rare and quite difficult to nullify a marriage in Australia as there are only very limited circumstances in which the Family Court will grant such an Order. On average only about 25 applications for nullity are made to the Family Court each year and of these less than 50% are granted.

What grounds constitute a decree of nullity?

The Family Court of Australia may only declare a marriage invalid on the following grounds:

What grounds won’t the Court consider?

The Court will NOT declare a marriage invalid on any of the following grounds:

Making an application for Nullity

If you want more information about Nullity, Divorce or any Family Law issue please contact our Family Law specialists, Oliver Hagen or Ken Gray on 02 4731 5899 or email familylaw@batemanbattersby.com.au.

Is there really a reading of a deceased’s person’s Will?