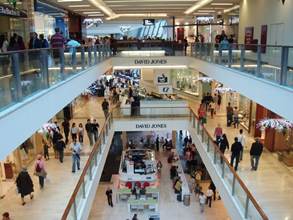 A number of key changes have recently been made to the NSW Retail Leases Act which will have significant impacts on both Landlords and Tenants of retail shops. The changes became effective from 1st July 2017 and include the following:

There is no longer a requirement that leases of Retail Shops be for a minimum term of five years and accordingly a retail lease can be made for whatever term a Landlord and Tenant agree upon.

A Landlord is now required to return a Bank Guarantee provided by a Tenant within two months after the Tenant has fulfilled all of its obligations under the lease.

It is now a specific requirement under the Act that a retail lease for a term of three years or more (including any option period) must be registered by the Landlord within three months after the Tenant’s signed lease is returned to the Landlord. In addition to this compulsory lease registration requirement the Landlord must now also provide a Tenant with a fully executed copy of the lease within this same three months period.

While the Act previously specifically precluded Landlords from charging Tenants for the Landlord’s legal costs for the preparation of a retail lease, the Act was ambiguous as to whether a Landlord could charge a Tenant for any of a Landlord’s mortgagee’s consent and production fees in respect to their approval and the registration of a lease. The recent amendments now include a provision specifically precluding a Landlord from also recovering any expenses arising from obtaining their mortgagee’s consent and lease registration.

Limitations on outgoings a Landlord can recover

The recent amendments to the Act also provide that if an estimate of outgoings payable by a Tenant as stated in a Landlord’s Disclosure Statement is less than the actual amount of outgoings that subsequently becomes payable by the Tenant, and there was no reasonable basis for the estimate, then the Tenant’s liability to pay outgoings will be limited to the Landlord’s original estimate rather than the actual amount that may be claimed by the Landlord. In addition a Landlord cannot now require a Tenant to pay an amount for outgoings if such outgoing amount was not disclosed in the Landlord’s Disclosure Statement.

The Act also now specifically excludes any revenue received by a Tenant from “online sales” from inclusion in the calculation of any turnover rent payable to the Landlord.

Use of Landlords’ online sales platform

A new provision in the Act declares void any term of a retail shop lease that requires a Tenant to use an online sales platform provided by the Landlord. Accordingly a Tenant’s sales can no longer be electronically linked direct to the Landlord’s information systems.

A number of other administrative matters have been addressed in the recent amendments to the Act and if you would like to know more about these or any of the above matters or to have your current Retail Lease reviewed, please contact either John Bateman or Michael Battersby on 02 4731 5899 or email us at property@batemanbattersby.com.au.