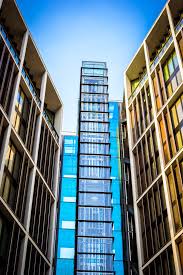 Developers in NSW are now required to lodge a building bond of 2% of a building’s contract price with NSW Fair Trading as surety for the cost of rectifying building defects in new residential and mixed-use high-rise strata buildings of four storeys and over. As defects in buildings of this type are not covered for rectification under the Home Building Compensation Fund, which is limited to strata unit buildings of three storeys and under, purchasers of units in new high rise developments have to date been left to battle directly with developers to have defects in their new strata buildings rectified. In many instances these owners have ultimately had to either pay for the rectification works themselves or fund the cost of legal proceedings against the developer to have the defects rectified.

The new Strata Building Bond Scheme applies to all building construction contracts entered into between developers and builders from 1 January 2018. It is designed to ensure there is a clear process to incentivise developers and builders to minimise any building issues in new residential high-rise structures and make sure any defects are readily identified so they can be fixed promptly and cost-effectively.

The Scheme aims to minimise the impact of defective building work on owners of units in new high-rise strata buildings and in addition to the payment of the building bond, the Scheme also requires that mandatory initial and final defect inspection reports be undertaken by an approved building inspector in the first two years after completion of the construction of a building.

A developer must lodge the 2% building bond with NSW Fair Trading (the Building Bond Secretary) before an occupation certificate is issued for the building. Under the Scheme, the building work is deemed completed when an occupation certificate is issued. The bond is then held until the mandatory inspection process has been completed. If defective building work is identified and not rectified before the expiration of two years after the completion of construction the bond can be used to pay the costs of rectifying any defective building work.

Appointment of a Building Inspector

There is a two-stage inspection process. The first inspection, known as the Interim Inspection, takes place between 15 and 18 months after the building work has been completed. An Interim Report is produced by the building inspector and the Owners Corporation, developer, builder responsible for any defective work and the Building Bond Secretary must all receive access to the report. The builder is responsible for rectifying any defective building work identified during this inspection that is included in the Interim Report.

If the Final Inspection Report indicates that there is no defective building work, the bond is returned to the developer in full.

If there are still defects, the amount secured by the building bond can then be used to pay the costs of rectifying any defective building work. The cost to rectify the defects must be agreed to by both parties. The Building Bond Secretary will then claim that amount from the issuer of the building bond for payment to the Owners Corporation, or the developer can agree to release part or all of the bond money to the owners corporation If an agreement is not reached between the developer and Owners Corporation, the Building Bond Secretary will appoint a quantity surveyor to determine the cost to rectify based on the identified defective building work in the Final Report.

The owners corporation must use any money they receive to fix the defects identified. After the defects are fixed, any money left over must be returned to the developer.

The introduction of the Strata Building Bond Scheme will provide a much needed consumer protection for strata unit purchasers and serve as a mechanism to both identify and rectify defects early in the life of new high-rise strata buildings,

If you or someone you know wants more information about the new Strata Building Bond Scheme or needs advice about purchasing off the plan high rise residential units please contact one of our accredited property law specialists, John Bateman or Michael Battersby on 4731 5899 or email property@batemanbattersby.com.au.