Home » Publications » Marriage, Divorce and your Will – what you need to know!

Marriage, Divorce and your Will – what you need to know! 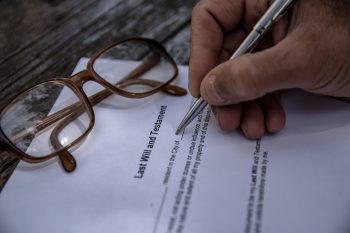 About half of all Australians don’t have a valid Will.  Of those who do, many make their Will and never think of it again.  But making a Will is not a once in a lifetime task.  Rather, it’s something that needs to be reconsidered and perhaps re-done regularly, and certainly when major changes happen in your life.  Marriage and divorce are two such major changes.

Marriage and your Will

In general terms, Section 12 of the Succession Act provides that marriage revokes a Will.  That is, if you have married since you made your Will, that Will is probably no longer valid.  If you die without making a new Will, your estate could be dealt with under the intestacy laws meaning how your estate is to be distributed is decided by statutory rules, dividing your estate between certain of your relatives rather than being decided by you.

There are some exceptions to this.  In NSW, the appointment of a person as your executor, or gift in your Will to that person, will still be valid after your marriage to that person if you are still married to that person at the time you die.  However, the rest of your Will would be revoked.  That means some of your wishes may not be followed in the event of your death.

It is, however, possible to make a Will in contemplation of marriage – to a specific person or of marriage generally.  Such a Will would still be valid after a subsequent marriage.

Divorce and your Will

Generally, Section 13 of the Succession Act provides that the effect of divorce or annulment of your marriage on your Will is to treat your former spouse as if he or she died before you.  That is, the rest of your Will would still be valid, but your ex-spouse would not be appointed as your executor and would not receive a gift from your estate, even if that is what your Will says.  However, as with the effect of marriage on a Will, there are some exceptions to this.

Finally, the laws about how the ending of a marriage affects a Will relate only to divorce or annulment.  They do not relate to separation.  In other words, if you separate but remain married, your Will would take effect as if you and your spouse were still happily living together.  Again, you need to ask yourself whether that really reflects your wishes?

Divorce and your Will – isn’t a property settlement enough?

If those laws weren’t complicated enough, in NSW the Succession Act provides that former spouses are ‘eligible persons’ to make Family Provision Claims and allows former spouses to go to Court and seek part of the deceased’s estate, regardless of what the Will might have said.  That is the case even if you have already finalised a family law property settlement and your ex-spouse was not dependant on you when you died.

If you are separated but not yet divorced, the situation about whether your estranged spouse can make a claim on your estate is even more complicated.

Making a Will is not a once in a lifetime job.  A Will should not be put away in a bottom drawer, never to be looked at again.  It should be reviewed regularly, particularly when major changes occur in your life.  Marriage, separation and divorce are major life changes that can have unintended consequences for your Will.  It is important to seek advice about your Will and estate planning at times of all major life events and changes in significant relationships.

If you need assistance or advice as to whether your current Will is valid or wish to prepare a new Will, please contact Lisa Delalis or John Bateman at our office 02 4731 5899 or email willsestates@batemanbattersby.com.au.

Download PDF Version:
Marriage, Divorce and your Will - what you need to know!