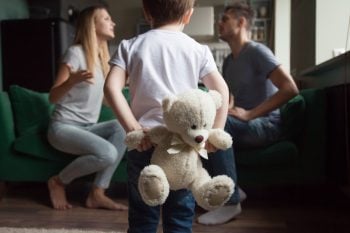 Often a party to a family law dispute involving children can find themselves in the situation where it’s necessary to act quickly in response to an unforeseen event. The appropriate action needed to be taken might be to seek orders to enforce an existing Parenting Order that has been breached by the other party or if no orders have yet been made to obtain injunctive relief if there is a concern about a child’s wellbeing. In either situation it’s of critical importance to take prompt and direct action, however care also needs to be taken when making the application to the Court for urgent relief to ensure that the proceedings have the best chance of being successful.

What are Parenting Orders?

It’s a usual requirement that the parties to the parenting dispute attend mediation with an independent family dispute practitioner and obtain a Section 60I Certificate prior to going to Court to seek an adjudication of the dispute. If the mediation results in the parties agreeing on parenting arrangements for the children of the relationship the Court can make a Parenting Order based on their agreement which are known as Consent Orders.

If the parties don’t agree the Court will generally then set a date for a court hearing of the application. As the current waiting time to get a court hearing date and obtain final orders in relation to a parenting dispute is 1 to 3 years from the date of filing an application, applicants will often seek that the Court make Interim Orders about parenting arrangements which will generally apply until the matter is ultimately heard and determined by the Court. In many instances Urgent Applications for Parenting Orders are commenced because either the Consent Orders or Interim Orders made by the Court in relation to parenting arrangements are being persistently breached by one or both of the parents.

Applications for Urgent Parenting Orders can be brought for a variety of reasons but in the main are generally commenced in one of the following circumstances:

Urgent applications will generally seek an order for “short service” of the application on the other party in order that the matter comes before the Court earlier than the normal time frames and a further order for an urgent hearing of the matter. Once the application has been filed the Court will then consider whether to list it for a hearing as an urgent matter. In making its determination will consider the following issues:

Dispensing with the need to attend Mediation

If there haven’t been any previous proceedings between the parties in relation to parenting arrangements the Court may dispense with the need for Mediation in Urgent Parenting Applications if:

In some circumstances there may be a need to also seek an order in the Urgent Application that the matter be dealt with on an ex parte basis, which means in the absence of the other party. The Family Court’s powers to do this are limited and accordingly it’s important to include sufficient information in support of the application or the Court may be reluctant to make an Order without first hearing from the other party. When determining whether the matter will be heard on an ex parte basis, the Court, amongst other things will consider the following:

When applying for a Parenting Order on an urgent basis or an urgent ex parte basis, it’s essential that the applicant does not include any misleading evidence in the affidavit lodged in support of their application. This is particularly the case in relation to ex parte applications to the extent that the Family Court places a duty on lawyers representing applicants in urgent application matters to ensure that no statement or pleading put before the Court is knowingly false, contains half truths or may otherwise mislead the Court.

In the event that it becomes evident at the hearing of the urgent application that the evidence presented is not factual, the Court will understandably not grant the Parenting Order sought and, in the event where the Orders may have been previously granted, the Court will revoke such Orders upon the Court becoming aware of this fact.

If you’ve recently separated and have concerns about the immediate safety and welfare of your children or are a party to existing Parenting Orders that have been breached by your former partner and believe that urgent proceedings are warranted to remedy the situation or just need further advice about the process involved in lodging an application for urgent Parenting Orders please contact our family law specialists, Oliver Hagen or Ken Gray on 02 4731 5899 or email familylaw@batemanbattersby.com.au.