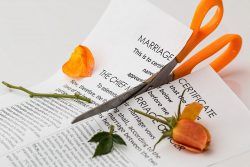 During many marriages or de facto relationships, one or both parties may receive an inheritance from a family member or friend.  Often when the inheritance is received, it is applied to the parties’ joint pool of assets in some way, such as paying off a mortgage.

If the inheritance was received after the separation, you may be successful in arguing that the inheritance should be excluded from claim by your former partner.  However this can affect what you are entitled to by way of property settlement from your joint assets.

Whether an inheritance forms part of the assets available for division between the parties depends on a number of factors including;

If you have any query regarding an Inheritance or generally regarding division of property after a relationship breakdown, please contact one of our experienced family Lawyers Oliver Hagen or Ken Gray on 02 4731 5899 or email us at familylaw@batemanbattersby.com.au.