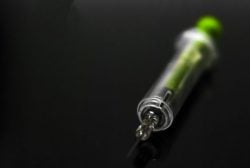 So what is the issue for family law?

A parental conflict over immunisation also comes into play when parents seek to travel with their children to a destination that carries a strong recommendation regarding immunisation against certain diseases.

If either parent files an application in the Family Court seeking orders that a child be immunised, or alternatively seeking an injunction preventing the other party from immunising a child, the conflicted couple will find themselves before the Family Court.

What will the Court decide in situations where parents can’t agree on immunisation?

There have been a number of Family Court, decisions in recent years dealing directly with immunisation in the context of an overarching parental conflict.  The decisions in these cases provide very helpful guidance to parents who find themselves involved in proceedings over the issue of immunisation.  For example;

In one case before the Family Court a mother sought orders for her child to be immunised in accordance with homeopathic principles (called homeoprophylaxis).  She also sought an injunction preventing the father from immunising the child without her written permission.  This issue arose out of an incident involving the father’s second wife who took the child to a medical centre and the child was immunised in the usual fashion for a child of her age.  Up until that point the mother had followed the homeoprophylaxis immunisation approach.

The court considered medical evidence presented by two doctors and the mother and father.  The question before the Court was whether it was in the child’s best interests to continue to be traditionally vaccinated, or to continue to receive homeoprophylaxis.  The court confirmed the approach – that the best interests of the child was the paramount consideration, but not the only consideration.

The Court considered the evidence of the doctors and found that the efficacy of homeopathic vaccines in preventing infectious diseases had not been adequately and scientifically demonstrated.  Further the Court stated that as the child was already 8 years old, the risk of her contracting vaccine preventable diseases was reduced but was not nil.  The Court did accept that both forms of immunisation carried some low level of risk, but found that the risk of harm of a traditional vaccination program was not so great as to outweigh the risk of infection.

In another case which involved two children, aged 8 and 7, neither had been vaccinated, and both had suffered bouts of whooping cough.  Interestingly the father gave evidence that during his cohabitation with the mother there has been a lot of debate about the issue of vaccination and that during the marriage he had agreed with the mother’s anti-vaccination views to keep the peace.

As specialist assessed both children for allergies and sensitivities and provided a report to the court.  The specialist’s findings included that vaccination was not contraindicated in either child and recommended a catch up schedule for vaccination for both children.

Evidence was presented by the father that the children had been restricted in their activities as a result of not being immunised.  He provided the example of the PCYC policy that a child’s immunisation history must be provided to the service upon enrolment – such a policy would preclude the children participating in PCYC events.

Thus far Family Court decisions on the issue of vaccination have considered it in the best interests of children to be vaccinated against preventable diseases with traditional vaccinations.  Parents should therefore expect that future cases will result in orders for immunisation unless there is clear scientific evidence of an increased risk to a child from immunisation, and that evidence is before the court.

If you have any questions in relation to Children’s Issues or Family Law in general, please contact one of our experienced family Lawyers Oliver Hagen or Ken Gray on 02 4731 5899 or email us at familylaw@batemanbattersby.com.au.