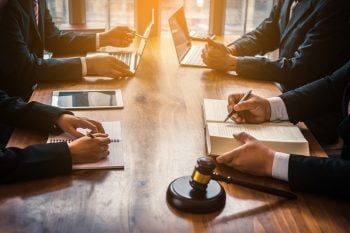 You may recall the recent Springwood Bushfire Class Action and the Quakers Hill Nursing Home Class Action. These actions constitute part of the significant growth in Class Action claims in recent years as a result of greater public awareness of legal rights and the advent of litigation funding. But what are Class Actions and how do they work?

What are Class Actions?

A class action (or ‘representative proceedings’) is a type of proceedings in which one or several persons take legal action on behalf of a larger group of persons, referred to as “the class” or group members. The proceedings usually start as the result of complaints by people who feel they have been harmed by a fraud, a defective product, illegal conduct, or a deceptive practice of another party. While the subject matter of Class Action proceedings can vary widely, two factors are almost always present for every Class Action:

The Class Action process saves time and expense and avoids the need for the courts to determine common issues of fact or law more than once, enabling disputes and claims involving large numbers of people to be resolved via a single case.

How do they work?

In Australia, Class Actions take place in the Federal Court and State Supreme Courts and there are three criteria that need to be met for proceedings to commence:

Australian Class Actions work an opt-out model. This means that all people affected by the event or circumstance become members of the action whether they intended to or not. These group members are bound by the decision of the Court, or negotiated settlement, unless they opt-out of the proceedings before a date which is fixed by the Court.

The Court in which the Class Action is commenced supervises a “notice” procedure to give group members sufficient information to decide whether to accept, oppose, or “opt out” of any settlement of the Class Action. This may be done by direct notification if all people affected are known because of available information, and/or by placing easily identifiable advertising in national, capital city and regional publications. If a person chooses to opt out of the settlement, they are required to notify the Court and, in doing so, preserve their right to take their own action at their own cost.

What does it cost to join a Class Action?

As with all court proceedings, cost orders can be made against the unsuccessful party. The representative taking the class action is technically exposed to the risk of these costs but that person and the class members are usually protected against these costs by either the law firm running the Class Action entering into a ‘no win no fee’ arrangement with the representative or the representative entering into an agreement with a Litigation Funder where it agrees to pay the costs if the Class Action is unsuccessful. In return, if the class action claim is successful, the law firm usually gets an up lift on its fees, or the Litigation Funder gets a percentage of the claim recovery.

If you or someone you know wants more information about Class Actions, please contact Ken Gray or John Bateman on 02 4731 5899 or email litigation@batemanbattersby.com.au.