Employee’s Internet and email use 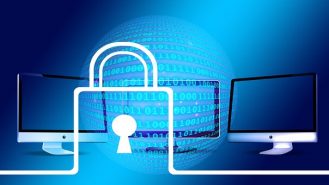 Recently in a decision in Bellenger v Mid North Coast Local Health District, the Industrial Relations Commission upheld the dismissal of a long term employee as a consequence of the employee receiving and storing substantial amounts of inappropriate materials in her employer’s computer system.

Prior to her dismissal, Jodie Bellenger had worked at North Coast Local Health District since 2004, had an exemplary work history, and had received no misconduct warnings during that time.

A review of Ms Bellenger’s email directory by the employer found she had received and stored significant quantities of emails which were considered “pornographic, graphic (violence) and generally inappropriate in nature”. This included 1256 emails stored in a folder called ‘funny emails’.  A non-work related 23 page personal journal was also found which breached the Policy’s personal use clause and “encroached on work time”.

The employer issued to Jodie Bellenger a Show Cause Notice and conducted an internal investigation. When responding to the Show Cause Notice, Ms Bellenger adopted a ‘cavalier’ attitude towards the situation.  She contended that the employer’s computer system should have prevented unwanted, unwelcome and inappropriate emails from infiltrating it, that there was a culture within the workplace of sending and receiving inappropriate emails, and that she never received the majority of the emails and other staff may have accessed her computer.  She also claimed she did not read the Policy and, when logging into her computer, automatically clicked ‘yes’ in an effort to ‘get into her work’.

The employer dismissed Ms Bellenger for her failure to conform to its policies and because she gave scant attention to the log in conditions of use for her computer and because she admitted she kept written details of her computer access password near her PC and often failed to log off at the end of the day.

The Industrial Relations Commission noted that the dismissal of Ms Bellenger was ‘harsh’ because of her difficulty in obtaining alternate employment in the Port Macquarie area, and because of her personal financial circumstances as well as the fact that she had no previous misconduct warnings. Notwithstanding this the Commission decided the employer was entitled to dismiss her and these factors were insufficient to overcome the need for employees to comply with the employer’s policies.  The Commission also determined that reinstatement was impractical as the gravity of the misconduct meant the employment relationship had irretrievably broken down.

This case shows that in some situations, employers may be justified in dismissing an employee who misuses workplace internet and email resources resulting in breaches of workplace policy.

Understanding your rights and obligations regarding the implementation and enforcement or work place policies is an important component of the employer/employee relationship. If you are an employee or an employer and require advice or further information regarding internet and email policies, or work place policies generally, please call Ken Gray or Michael Battersby on 02 4731 5899 or email us on commercial@batemanbattersby.com.au

Life Estate or Right of Residence?

It’s quite common, particularly in the case of blended families, that a person when making a new Will may…

Being an Attorney is not risk free!

A Power of Attorney is an important legal document.  It allows a person (the principal) to authorise one or…