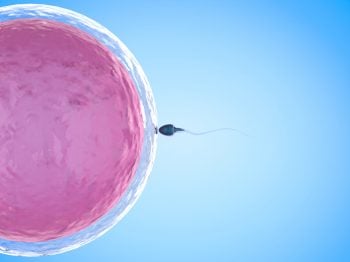 Does a man who donates his sperm to fertilise a woman’s egg have any rights as a father of the child? Is a mother who undergoes artificial insemination automatically granted sole custody of a fertilized egg and resulting child? The High Court of Australia recently had to rule on this vexed question, weighing up how the law applies to a Sperm Donor who wanted to be considered the legal father of the child.

The Sperm Donor information held in the Central Registry becomes accessible to a child conceived using ART treatment once the child turns 18.

This Act also provides that if a married woman (including a woman in a de facto relationship) has undergone a fertilisation procedure and becomes pregnant and her husband consented to the procedure, her husband is presumed to be the father of any child born even if he did not provide the sperm for the procedure.

Section 60H of the Family Law Act 1975 deals with children born as a result of artificial conception procedures and, in relation to sperm donorship, it provides that:

The case of Masson and Parsons

In a landmark decision handed down by the High Court of Australia in June 2019, the Court ruled that a Sperm Donor, who donated sperm to a woman with whom he was not in a relationship at the time of conception, is legally the Father of the child born as a result of that donation.

At the time of B’s conception, Susan and Margaret were not married or in a de facto relationship and Robert believed that he was fathering a child whom he would help parent, including by way of financial support and physical care. Robert’s name appeared on B’s birth certificate and B viewed Robert as her Father. Robert had taken his relationship with B seriously feeling a commitment to care for the child. B however had always resided with Susan and Margaret, and they initiated proceedings in the Family Court in 2018 seeking permission to relocate to New Zealand with B. Robert objected to the proposed relocation.

The Family Court considered that Robert played an active role in B’s life and noted that B referred to him as ‘Daddy’. Robert also argued that when B was conceived, Susan and Margaret were not in a de facto relationship, and that he had provided his genetic material for the express purpose of fathering a child to which he expected to be a parent. Because Susan and Margaret were not in a relationship at the time of B’s conception, the Family Court found that Margaret was not a legal parent of B.

The Family Court concluded that Robert was a parent, noting that ‘biology is part of the answer’ and Susan and Margaret were not given permission to relocate to New Zealand. It was also ordered that they have equal shared parental responsibility with Robert on the basis that they must consult with him before making any long-term decisions.

Appeal to the Full Court of the Family Court

Margaret and Susan appealed the decision on the grounds that the Family Court had failed to apply the relevant law in determining whether or not Robert was a legal parent of the child given that Susan was single at the time B was conceived.

In their appeal they relied on section 79 of the Commonwealth Judiciary Act 1903 which applies where there is a “gap” in the law governing the exercise of Federal jurisdiction. In this instance, it applied to the Family Law Act because s60H did not contain a provision to deal with the situation where a single woman conceives a child via a Sperm Donor.

Section 79 provides for the “picking up” of State laws which regulate the exercise of State jurisdiction and applying them as Commonwealth laws governing the exercise of Federal jurisdiction to cover this “gap” in the law. In this case they sought to cover the “gap” by applying section 14 of the NSW Status of Children Act which covered all women who conceived via a sperm donor. The Full Court agreed with their argument and held that in applying section 79 of the Judiciary Act, Robert was irrefutably presumed not to be the Father of his biological child.

Appeal to the High Court of Australia

Robert subsequently appealed to the High Court of Australia. The principal issue for determination was whether the NSW legislation, namely the Status of Children Act, should be applied as Commonwealth law governing the exercise of federal jurisdiction.

The High Court held that there was no gap in the law governing the exercise of the Family Court’s jurisdiction to making parenting orders under the Family Law Act and that Part VII of the Act provides comprehensively for how the Family Court is to determine who is a parent. Therefore, the NSW Status of Children Act did not apply in this case.

The High Court agreed with the decision made by the Family Court that section 60H of the Family Law Act is not an exhaustive list of the persons who may qualify as a parent of a child conceived via artificial conception procedures. It was further held that although the Family Law Act does not provide a definition of “parent”, that the word parent should have its natural and ordinary meaning except when and if an applicable provision of the Family Law Act provides otherwise.

The High Court also held that to characterise a biological father of a child as a “sperm donor” suggests that the man has done nothing more than provide his semen to facilitate the conception of a child on the basis of an express or implied understanding that thereafter he is to have nothing to do with any child born as a result of the procedure. The Court held that those were not the facts of this case. It was undisputed that Robert provided his semen with the express or implied intention that he would be a parent of the child, he was registered on the child’s birth certificate as the Father and has supported and cared for her in this capacity. It was on this basis that the High Court held Robert to be the Father of child B.

Notably, the High Court did not go on to determine whether a man who does nothing more than provide his semen to facilitate an artificial conception procedure that results in the birth of a child would fall within the ordinary meaning of the word “parent”.

The impact of this landmark judgment will be significant and calls for reform regarding the parental status of Sperm Donors. The law as it stands does not adequately provide for different family structures as is evidenced in this case and consequently at present there is no clarity for donors and intended parents. What is known is that the intention of the parties prior to conception, and the actions of the parties in exercising parental responsibility towards a child born as a result of artificial conception procedures, will prove vital in determining the parental status of a Sperm Donor.

If you want more information about Parentage rights or about any Family Law issue please contact our family law specialists, Oliver Hagen or Ken Gray on 02 4731 5899 or email familylaw@batemanbattersby.com.au.