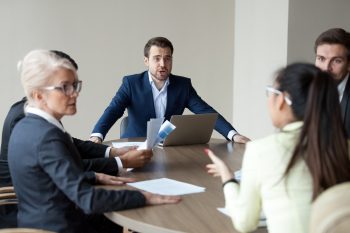 All employers have an obligation to ensure that their employees are paid for the work undertaken by them commensurate with their legal entitlements. Failure to do so can result in the employer facing significant financial penalties under the Fair Work Act 2009 (FWA) in addition to having to pay their employees all their underpaid wages and entitlements.

For those employers who are sole traders or who conduct business in partnership with another person, their failure to comply with this obligation can result in them being prosecuted personally which presents an obvious substantial risk to both their business and personal assets.  While many individuals utilise a company to conduct their business activities so as to safeguard themselves and their assets, the Fair Work Ombudsman (FWO) is now persistently cracking down on directors of companies who underpay their staff, particularly if their company is unable to pay.

How can a Company Director be personally liable?

For the purposes of section 550, the word “involved” includes both active involvement with actual knowledge, through to involvement where the individual does not know or appreciate that the conduct is unlawful.  Where an individual is named as a respondent to contravention proceedings, they are also personally exposed to penalty and compensation orders.

A director can be found to have been ‘involved’ in a contravention under the Act if they have:

In 90% of the cases prosecuted by the FWO against companies in recent years, at least one individual was also prosecuted as an accessory.

What does this mean for Company Directors?

In the recent case of Fair Work Ombudsman v Priority Matters Pty Ltd & Anor heard before the Federal Circuit Court of Australia, the Court declared that two directors of five companies were ‘involved’ in failing to pay employees certain wages and entitlements, including contravening the National Employment Standards and Modern Awards.  The relevant awards included the Professionals Employees Award 2010 and Clerks Private Sector Award 2010 and the underpayments totaled approximately $1.9 million.

Some of the key aspects that were examined in this case to determine if a director has been ‘involved’ or is accessorily liable included:

If you want to know more about any employer obligations or require assistance with your employment contracts, contact Ken Gray on 02 4731 5899 or email us on commercial@batemanbattersby.com.au.