Home » Publications » What should Directors do to ensure Company Tax Compliance

What should Directors do to ensure Company Tax Compliance 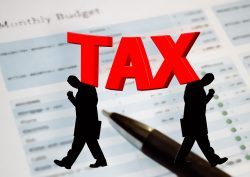 A director of a Company has duty to cause his company to pay PAYG tax and Superannuation Guarantee Charge (SGC) before the due date, and is personally liable for that unpaid PAYG tax and superannuation guarantee.

Roche v Deputy Commissioner of Taxation [2015] WASCA 196 is a recent decision which demonstrates what a director may be required to do to discharge personal obligations for these company taxes.

Roche was a director of Fuel Tank & Pipe Pty Ltd (FTP). During various periods between 1 June 2011 and 28 February 2013, FTP withheld PAYG from its employees and officers but did not pay those amounts to the Commissioner of Taxation as it was required to do.

On 2 August 2013, Roche was issued a director penalty notice requiring payment of the amount unpaid by FTP.

On 7 November 2013, the Commissioner of Taxation commenced proceedings against Roche to recover the penalty.

Judgment was entered against Roche.

Roche appealed and his main argument against the claim was that he took all reasonable steps to ensure the directors caused FTP to comply with its obligations.

He was attending university and did not attend FTP premises, or review its affairs on a day to day basis.  He regularly discussed FTP’s affairs with his father (who was general manager of FTP from 2006 to 2012).  He had periodic meetings with his father and FTP’s financial controller every 3 months or so, during which he was given FTP cash flow projections, explanations of outstanding liabilities, expected expenses and expected revenues.

Roche argued that, based on what he was advised at those meetings, it appeared FTP would have enough funds to pay all its liabilities. On that basis, Roche did not attempt to stop FTP from trading. Roche argued he took all reasonable steps to ensure FTP complied with its obligations to pay PAYG and SGC.

Roche argued that in early 2013, he was advised by his father and the financial controller that FTP would need an equity injection to meet cost overruns. A proposed sale of shares in FTP to raise capital failed to materialise, and subsequently FTP stopped trading and an administrator was appointed.

For the defence to succeed a director must prove that he or she took steps which were reasonable, having regard to the circumstances that the director, acting reasonably, knew or should have known.

The court held that the evidence that Roche submitted objectively fell short of what he needed to establish the defence. The court came to this conclusion on the basis of the following findings:

This case demonstrates that to succeed in defending a penalty claim against a director on the grounds that the director took all reasonable steps to ensure the company was compliant with its obligations, a director needs to prove that:

Without this, directors are at real risk of personal liability, quite apart from any other duties relating to insolvent trading.

If you are concerned about your liability as a director, or have any query about your company and the law, please contact Michael Battersby or John Bateman on 02 4731 5899 or email us at commercial@batemanbattersby.com.au.

Download PDF Version:
What should Directors do to ensure Company Tax Compliance