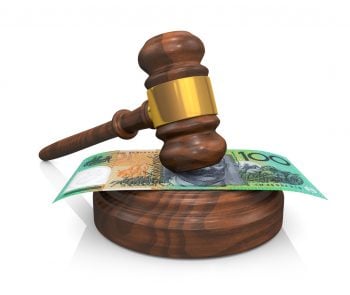 The general rule for costs in Family Law matters is contained in section 117(1) of the Family Law Act , which states “each party to proceedings under this Act shall bear his or her own costs”. However, there are exceptions to this rule, and the Court can make orders requiring one party to pay the other party’s costs.

What Must Be Considered

Section 117(2) of the Act states that if the Court believes there are circumstances that warrant it, it can make an order for costs.  The Act sets out the factors the Court should consider, which include:

However, there is no requirement for more than one of these factors to be present before a costs order is made and no distinction is made in the Act between costs orders for parenting or property matters.

Any failure to comply with the Family Law Rules, such as failing to disclose documents, failing to answer specific questions from the other party, or failing to admit truth of facts or the authenticity of documents are matters the Court may consider in determining whether to make a costs order.

A Court may make a costs order against a party who declines an offer to settle, if after the final hearing it can be seen that party would have been better off accepting the offer.  This power is available to ensure offers to settle are considered seriously by both parties, to minimise the cost of litigation, to reduce the Court’s considerable workload, and to avoid the risk of a wealthier party dragging out proceedings to exhaust the other party.

An indemnity costs order means that one party must pay all costs that the other party reasonably incurred.  There must be exceptional circumstances for the Court to depart from the usual practice of awarding party and party costs.  Indemnity costs can include where:

It is important to note that an order for costs is made to compensate a party against expenses incurred in proceedings and is not a penalty or a payment of damages.

At Bateman Battersby we have a number of experienced Lawyers who specialise in Family Law Property Settlement matters.  If you need help with any issue when your marriage or relationship breaks down, please feel free to call Oliver Hagen or Ken Gray on (02) 4731 5899 or email us at familylaw@batemanbattersby.com.au.

Is there really a reading of a deceased’s person’s Will?