Can Informal Wills be valid? 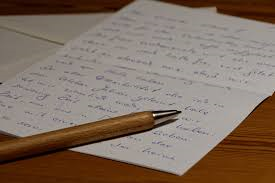 Having a valid Will is an essential component of estate planning. What constitutes a valid Will in NSW is specifically defined in legislation however the law also provides that documents that do not satisfy these formal requirements may in some circumstances also be confirmed as a valid Will.

The Valid Will Test

Section 6 of the NSW Succession Act provides that a will is not valid UNLESS:

What is an Informal Will?

An Informal Will is a Will that doesn’t strictly satisfy the provisions of section 6 of the Succession Act. While the Act doesn’t provide a definition of “Informal Will” in most instances an Informal Will will be a document which while containing the wishes of the willmaker doesn’t satisfy the Valid Will Test under the Act. Some common examples are:

Traditionally it was the case that Informal Wills must be in some type of written form as in a “document”. However, in more recent decades with advances in technology the definition of what can constitute a “document” has been extended on a case by case basis to include other non-written forms such as:

When will a Court accept an Informal Will as being a Valid Will?

Section 8 of the NSW Succession Act allows the Court to dispense with the specific requirements of a Formal Will under section 6 of the Act if:

Many matters that come before the Court in applications made under Section 8 of the Act involve disputes over “competing Wills”. That is where there are two or more documents in existence appearing to contain the wishes of a deceased person, one of which may be an earlier made Formal Will and another a subsequently made Informal Will. Disputes of this nature can result in lengthy and costly court proceedings to determine which of the documents is considered by the Court to be the deceased’s valid Will.

In making a decision under section 8 of the Act as to the validity of an Informal Will the Court may, in addition examining the document itself, have regard to any evidence relating to the manner in which the document was signed. It will also regard any evidence of the testamentary intentions of the deceased person including evidence of statements made by the deceased person to others. There is however no prescribed limit on the matters that the Court may have regard to when making a decision to dispense with the strict requirements of section 6 of the Act.

If the Court accepts an Informal Will as being a valid Will it will override any prior Wills that the deceased may have made. The Court will issue a Grant of Probate of the Will to the person or persons nominated in the Will as the deceased’s executors giving them the power to distribute the estate assets in accordance with the terms of the Will. If the document constituting the Will does not appoint an executor the Court will issue a Grant of Letters of Administration to the person or persons who have applied to the Court to be appointed as the Administrators of the deceased’s Will enabling them to then distribute the estate assets.

While the law in NSW provides that in some circumstances an Informal Will may be accepted as a deceased person’s valid Will, it is by far a  better option to have your Will prepared by an experienced lawyer thus minimising significant legal expenses being incurred by your estate and also ensuring that your actual wishes for the distribution of your assets after death are fulfilled.

If you would like further information about Informal Wills or wish to discuss making a Will or having your current Will reviewed please , please contact Lisa Delalis or John Bateman of our office 02 4731 5899 or email willsestates@batemanbattersby.com.au.