Home » Publications » Can I change my child’s name?

Can I change my child’s name? 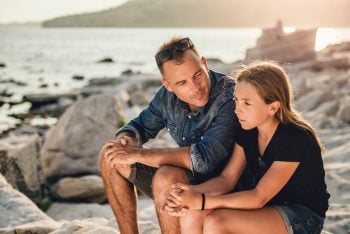 Whilst it’s relatively easy for adults to change their name following the breakdown of a relationship, such as reverting back to their maiden name, the process is not as simple for parents wishing to change their child’s name.

Mostly, parents wishing to change their child’s name will want their child to bear the same name as them. It may be because there is one parent with whom the child does not live, has not seen the child for a long time or has had limited involvement in the child’s life. Alternatively, it may be that the parent with whom the child lives has other children from a subsequent relationship and the parent wishes the children to all have the same name. However, there are barriers that may stop a parent unilaterally changing their child’s name.

Changing a child’s name in NSW

The child’s name can be changed once in a 12 month period and a total of 3 times only.

The BDMR Act requires that both parents of a child must jointly apply to change a child’s name unless the parent applying is:

If the child is over 12, the child must also sign the application.

The only other circumstance where the RBDM will accept an application to change a child’s name lodged by one parent is if a Court has approved the proposed change in name. It’s important to note in this context that a Court order giving one parent sole parental responsibility of a child does not in itself extend to allowing that parent to unilaterally change the child’s name.

If one parent of a child does not consent to an application being lodged at the RBDM to change the child’s name, the
other parent may lodge an application to change the child’s name with any Court having jurisdiction under the Family Law Act 1975. As with any application for parenting orders, there is a requirement to attempt mediation before commencing proceedings except in certain circumstances such as urgency or where there is family violence.

As with matters relating to the child’s education, religious upbringing and health, a child’s name (and any change made to it) is considered by the Family Court to be a significant issue affecting the child’s long-term care, welfare and development. Accordingly, in any application to change a child’s name, the best interests of the child are the paramount consideration. The matters that assist the Court in determining what is in a child’s best interests are found in s.60CC of the Family Law Act 1975. Other relevant factors that the Court will consider when determining an application to change a child’s name as established in name change cases to date include:

Court applications for changing a child’s name are usually contested and much will depend upon the type and weight of evidence which can be led in support of the application, addressing each of the factors referred to above. The outcome will, as always, depend upon the particular circumstances of each case.

If you want more information or assistance to lodge an application to change your Child’s name or help with any Family Law issue, please contact our Family Law specialists, Oliver Hagen or Ken Gray on 02 4731 5899 or email familylaw@batemanbattersby.com.au.

Download PDF Version:
Can I change my child's name