Home » Publications » Be careful what you write in an online review! 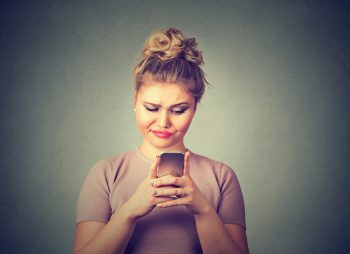 It’s not uncommon for some people who have suffered from some terrible product or service to post a scathing review of their experience online, either in an attempt to warn others or as an act of retribution for their perceived loss.  However, if your online review is disparaging of a person’s reputation, that person could sue you for defamation.

The rise of “Keyboard Warriors”

“Keyboard warriors” have benefited from an explosion in the number of review websites and apps in recent years. These cover everything from food, to travel, to medical professionals and other professional service providers. Platforms like Facebook and Google make it very easy to leave a scathing online review and mobile technology enables customers to vent or compliment, even while they are still in the provider’s premises.

Review websites keep consumers informed while letting the market know what works and what doesn’t. In extreme cases, consumer reviews can even move corporate giants to change their policies. Bad reviews however can be disastrous for small businesses and understandably, some reviewees will be motivated to silence negative reviewers. In extreme cases, they may even go to court to do so.

Freedom of Speech and Defamation

In Australia, freedom of speech is not as free as some might think even when “spoken” on the internet. Although we have an implied freedom of political communication in our Constitution, we do not have a US-style right to free speech and defamation law places significant limitations on our freedom of speech.

Courts have the power to force a person to remove content from the internet, or pay damages to a party for harm done to their reputation. Failure to comply can also lead to prosecution for contempt.

Professional reputation is highly valued by defamation law. Damages can be significant if defamation causes an actual loss of business, or even a loss of opportunity. In the absence of proven economic loss, substantial “general” damages may still be awarded as a consolation for hurt and distress. When defamation occurs online, damages awards may increase to account for the “grapevine effect” in which salacious content tends to be shared and repeated on the internet.

Generally, a “defamatory” review must identify a person directly or indirectly in order for that person to be able to sue for defamation. A generic Facebook rant about how bad restaurants are in a specific suburb or area will not usually meet the requirements of “identification”.

While individuals have a specific right to sue for defamation under Australia’s Uniform Defamation Laws, certain corporate bodies such as companies do not have a cause of action in defamation. Accordingly, and unlike in some overseas countries, large companies like McDonald’s can’t sue under Australian defamation law, but this exclusion does not apply to not-for-profit entities or small businesses with 10 employees or less.

An Untruthful Review Can Cost Plenty

In a recent well publicised case, a Google reviewer was ordered to pay more than $500,000 to a Sydney plastic surgeon for defaming him with “plainly untrue” allegations. Cynthia Imisides had claimed Double Bay plastic surgeon Kourosh Tavakoli charged her for a cheek reduction she’d never received and painted him as acting improperly and incompetently in a review posted online in September 2017.

Mrs Imisides had already received a nose job when Dr Tavakoli operated on her nose and cheeks in February 2017. She subsequently failed to attend all but one follow-up appointment before telling her ex-husband she’d been charged for an unperformed cheek reduction and posting her defamatory review. Her review stated she was “extremely unhappy” with her nose job and alleged the surgeon had no morals.

When asked by Dr Tavakoli’s lawyers to take the review down and provide an apology, Mrs Imisides refused to do so and left the review up for a further three weeks. Dr Tavakoli then commenced defamation proceedings and obtained initial orders restraining Mrs Imisides from posting further reviews about him. Mrs Imisides failed to file a defence to the defamation proceedings commenced by Dr Tavaholi and a week before the defamation trial she also posted a second, untrue Google review in contravention of the previously made Court orders.

At the defamation trial, Dr Tavakoli told the Court he’d become extremely distressed and embarrassed by the review and its publication and said it had a significant effect on his marriage and family. His IT consultant testified that site traffic to his surgery’s website dropped almost 25 percent in the week after Mrs Imisides review was posted.

The Court decided that Mrs Imisides knew the statements in her Google reviews were untrue and set out to harm the Doctor’s 25-year industry standing, stating that the allegations were “extremely serious”, went to the heart of Dr Tavakoli’s exemplary reputation and caused “more than significant” hurt to his feelings.

The Court ordered Mrs Imisides pay damages of $530,000 and all the surgeon’s legal fees plus interest. She was also forbidden from posting a similar Google review about the surgeon or creating a website about him. Fortunately for Mrs Imisides, Dr Tavakoli did not seek compensation for loss of income or earning capacity.

The rise of Internet and social media platforms have provided many people with better opportunities to communicate with their families, friends, acquaintances and those that share similar interests. However, scathing or derogatory comments made online about other people are made in the public domain and are increasingly becoming the subject of legal proceedings which often result in outcomes that were unexpected when the keyboard was being tapped.

If you require advice about how to respond to an online post or review about you which you regard as untrue or defamatory please call Ken Gray on 02 4731 5899 or email us on litigation@batemanbattersby.com.au.

Download PDF Version:
Be careful what you write in an online review