Home » Publications » Bankruptcy and Inheritance – Who gets the $$$?

Bankruptcy and Inheritance – Who gets the $$$? 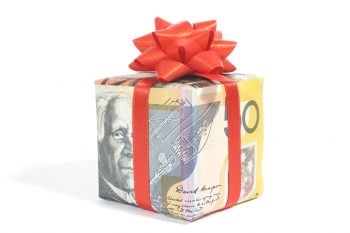 Receipt of an inheritance usually has mixed emotions for recipients. On the one hand, there is sadness because usually a family member or close friend has died, precipitating the administration of their estate. On the other hand, there is gladness on receipt of a financial resource not necessarily planned on and received almost as a windfall. But, for beneficiaries who are bankrupt there can be other more unfortunate emotions.

If a person becomes bankrupt, their divisible property, which includes but is not limited to their home, shares, bank accounts and motor vehicle (if valued over a certain amount), vests in the Trustee appointed to manage their estate for the benefit of the bankrupt person’s creditors.

What is perhaps not as well known is that Section 58 of the Bankruptcy Act 1966 allows a bankruptcy Trustee to also collect and sell assets which are acquired by a person during the period of their bankruptcy.  This is normally three years, but can be extended up to eight years if a bankruptcy Trustee lodges an objection because the bankrupt fails to provide information or disclose all income to the Trustee, does not make compulsory payments, explain how money was spent or reveal all assets and debts to the Trustee.  The assets acquired in the period of bankruptcy are referred to as “after acquired property” and the two most common examples of which are:

From an estate planning perspective a willmaker who is aware that a person they wish to nominate as a beneficiary in their Will is bankrupt or may potentially be made bankrupt due to their financial circumstances, may choose instead to leave the intended gift to the person’s spouse, child or other close family member.

Another measure is to consider establishing as a discretionary Testamentary Trust.  This is like a discretionary Family Trust except that the trust is set up in the Will of the deceased person at the time the Will is made and the Trust does not come into effect until they die.

If you would like further information about estate planning measures and bankruptcy or want to discuss making a Will or having your current Will reviewed, please contact Lisa Delalis or John Bateman of our office 02 4731 5899 or email willsestates@batemanbattersby.com.au.

Download PDF Version:
Bankruptcy and Inheritance - Who gets the $$$?