Home » Publications » Are your casual employees really casual – What if they are not?

Are your casual employees really casual – What if they are not? 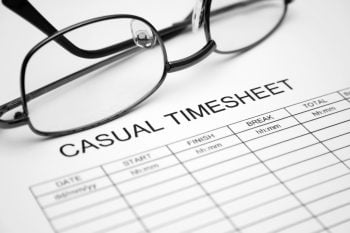 It has long been understood and accepted that casual employees receive a loading (extra pay) to compensate them for the absence of entitlements that permanent employees enjoy under the National Employment Standards (NES) and Modern Awards created under the Fair Work Act such as annual leave and personal leave.

The Federal Court in its decision in Workpac Pty Ltd v Skene in August 2018 found that Mr Skene, who was employed by Workpac Pty Ltd, a labour hire company, to work as a casual employee as a ‘fly in fly out’ dump truck operator at a Rio Tinto Coal Mine, was entitled to receive annual leave or be paid an amount of this entitlement on the termination of his employment.

What is a casual employee?

The Fair Work Act does not contain a specific definition of ‘casual employee’. As such the common law (law that comes from decisions by Courts rather than legislation) tells us what casual employment is. The question of whether a person is a casual employee is determined by a number of indicia, including:

Mr Skene’s letter of offer from Workpac Pty Ltd stated it was an ‘Offer of Casual Employment’ for an assignment of 3 months duration and expressed his rate of pay was a flat rate per hour which was not expressed to be inclusive of casual loading, and was not offset against any minimum entitlements under the NES. Mr Skene worked a 7 day on / 7 days off continuous roster, which was regular and predictable, and set for 12 months in advance. His work was continuous, did not fluctuate and his hours were regular and certain, and his assignment continued for about 22 months. The Court found that, whilst Mr Skene’s employment contract clearly stated his engagement was ‘Casual Employment’, he was not a casual employee at law for the purposes of annual leave entitlements in the NES and was entitled to receive payment for annual leave. The fact that Mr Skene considered he was a casual, that he was paid by the hour, and that his employment could be terminated on one hours’ notice, were supportive of the argument he was a casual employee, but were not determinative.

What has changed since this decision?

The first change is that the Fair Work Regulations have been amended on 18 December 2018 to protect employers from employees ‘double dipping’ by receiving a casual loading and permanent benefits such as paid annual leave. For this protection to apply ALL the following criteria must be met:

The second change is that as from 1 October 2018, a Model Casual Conversion term has been inserted in approximately 85 Modern Awards. Other Awards already had such a clause. Under the Model term ‘Regular Casual Employees’ who have worked a regular pattern of hours for at least 12 months, without significant adjustment, have the right to request their employment be converted to permanent full time or part time employment.

The Model Term requires the employee’s request be made in writing. The employer must respond within 21 days, the employer can only refuse the request if:

‘Reasonable grounds’ for refusal include that:

What should employers do now?

If you have casual employees, you should:

If you are unsure whether your business employs regular casual employees or if you require assistance with your employment contracts, contact Ken Gray on 02 4731 5899 or email us on commercial@batemanbattersby.com.au.

Download PDF Version:
Are your casual employees really casual - What if they are not?