Access to a Deceased’s digital and social media accounts 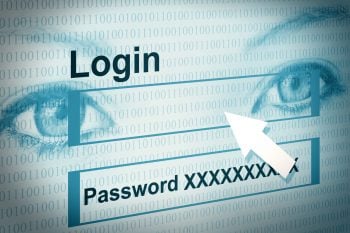 Unlike in many other countries, Australia does not currently have any laws specifically relating to how a person’s digital and social media accounts are dealt with after their death.  Consequently, how these accounts are managed and whether they can be accessed post death is very much left in the hands of entities that control them, often to the frustration of loved ones.

However, this present situation may soon change as the NSW government is considering a new scheme to allow access to social media accounts and other digital records of a person who has died or been incapacitated, following recommendations from the state’s law reform body.

Social media accounts such as Twitter, Facebook and Instagram, along with a raft of other digital accounts including eBook and digital music collections and online shopping accounts, are likely to outlive their owners but laws governing access to the accounts after death or incapacitation are both sparse and complex.  Tech giants such as Facebook, Twitter, Yahoo and Google also have different policies about what happens to a user’s account if they die or become incapacitated.

In a report recently tabled in the NSW Parliament, the NSW Law Reform Commission noted that the law in NSW “does not effectively ensure that people with legitimate interest can access a person’s digital records” and that a new scheme was warranted.  It recommended a statutory scheme be enacted modelled in part on laws in the US and Canada “that allows access to a deceased or incapacitated person’s digital records”, but only in “limited circumstances”.

The Commission has proposed that these circumstances include when a deceased or incapacitated person has nominated someone to manage their digital records and, in the absence of a nomination, when access is necessary to administer their estate or manage their affairs.

Under the scheme proposed by the Commission, primacy would be given to the wishes of a deceased or incapacitated person where possible.  Generally, a person nominated by a deceased person in a Will as the “authorised person” to manage their digital records would take precedence over others.

Custodians [who have service agreements with digital account users] would be obliged to grant access within 30 days to a person who is able to provide their authority.

The Commission suggested that its recommended scheme “aligns broadly with the approach of existing trusts and estates law, which has at its core a respect for the deceased or incapacitated person’s intentions”.

To allay privacy concerns, the proposed new laws would make it an offence to disclose information about the user or others that was obtained when accessing digital records, unless an exception applied.  The person accessing the records would also have a duty to act in good faith.

Under the scheme a person would be able to apply to the NSW Supreme Court for an order clarifying that they are authorised to access the records.

NSW Attorney-General Mark Speakman has stated that the government would “carefully consider” the Commission’s recommendations and acknowledged that “the digital revolution” had overtaken some of the state’s laws around Wills and how online assets are treated.  He also indicated that the report would “be a very useful resource in guiding our next steps towards reform in this area”.

If you would like further information, have been appointed as an Executor and need assistance with an Estate, or have any queries regarding Estates, please feel free to contact Lisa Delalis or John Bateman at our office on 02 4731 5899 or email willsestates@batemanbattersby.com.au.

When does Child Support cease?

Access to a Deceased’s digital and social media accounts

Unlike in many other countries, Australia does not currently have any laws specifically relating to how a person’s digital…