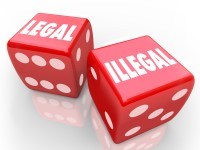 As from November 2016 the unfair contract term protection laws have been extended to contracts that are defined as a “small business contract”.

The Competition and Consumer Acts have since 2010 provided protection to consumers from unfair terms in circumstances where they have little or no opportunity to negotiate with businesses, such as with standard form contracts.  The intent of the legislation is to level the playing field and prevent “take it or leave it” standard form contracts, which are commonly one-sided, from including unfair terms.

A ‘consumer contract’ is a contract for the supply of goods and services or the sale or grant of an interest in land to an individual who acquires it wholly or predominately for person, domestic or household use or occupation (a consumer).  Examples of standard form consumer contracts are gym membership contracts, internet and phone plan contracts, electricity supply contracts.

A contract will be presumed to be a standard form contract unless a party proves otherwise.

A ‘small business contract’ is one where:

What is an unfair contract term?

A term of a contract is unfair if it:

Who can enforce this law?

You can also take your own court action or go to a tribunal to enforce your rights under the law.

What remedies are available?

A consumer or a small business which is a party to the contract may seek orders which include order:

What should business do?

If you or someone you know wants more information or needs help or advice, please contact Michael Battersby or Ken Gray on 02 4731 5899 or email commercial@batemanbattersby.com.au.