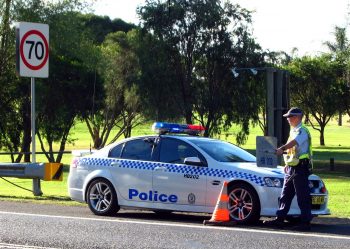 The New South Wales Government has recently passed legislation which significantly changes the way in which the Police can deal with drink driving offences and the ramifications are significant for Low-Range offenders including first timers.

In New South Wales it’s an offence for holders of full driver’s licences to drive any vehicle while having a Prescribed Concentration of Alcohol (PCA) of greater than 0.049. Prior to 20 May 2019 a driver charged with a Low-Range PCA offence (0.050 – 0.079 range) was issued with a notice to appear before the Local Court for their offence to be dealt with. However, they were allowed to keep their licence and continue driving until they appeared at Court and a determination was made in respect to the penalty to be imposed.

In some instances, the Court could impose a non-conviction order on Low-Range offenders (known as a Section 10 Dismissal or Conditional Release Order without conviction) and the offender would not lose their licence at all and therefore not miss any time “off the road”. In other instances, depending on the circumstances, the offender could be convicted, fined and could lose their licence for up to 6 months or longer if they were a repeat offender.

However, for drivers charged with Mid-Range PCA (0.08 – 0.149) or High-Range PCA (over 0.150) offences, their licenses were suspended on the spot preventing them from driving from the time they were charged with the offence until they appeared at Court and any licence disqualification period imposed by the Court subsequently expired.

What the New Laws Mean for Low Range Offenders

This effectively means that a person, who has been driving for say 30 years with an otherwise good record and no other criminal history, will lose their licence immediately for registering a PCA range reading as low as 0.050. This will likely affect their work circumstances, limit their ability to carry out parental duties for their children or care for other relatives. Understandably, the consequences of this can be shattering and could lead to loss of employment, income and the ability to care for loved ones where the use of a motor vehicle is essential in doing so.

What can Low Range Drink Driving Offenders do?

Effectively you have three choices:

Drink Driving is a serious offence in New South Wales and the penalties are quite severe, both financially and socially for offences in all PCA ranges, but especially for Mid-Range and High-Range offences. Existing laws regarding Mid-Range and High-Range PCAs also make these offences subject to a mandatory Interlock Order imposed by the Court under which an electronic breath testing device is linked to the ignition system of your vehicle. Prior to starting the vehicle, the driver must provide a breath sample that the Interlock analyses for the presence of alcohol. If alcohol is detected the device prevents the vehicle ignition system from operating.

The current penalties for first time PCA offences in New South Wales can be:

Subsequent offences may result in more severe penalties particularly those committed within a five-year period of the previous Drink Driving offence leading to longer periods of disqualification, lengthier periods of being subject to an Interlock Order, more significant fines and jail time.

Things to Bear in Mind About Drink Driving Offences

Being charged with a Drink Driving offence can be a very traumatic experience especially for first time offenders. For many drivers it’s their first taste of the criminal justice system and they have limited knowledge of what is likely to occur at Court after being arrested and charged. If you or someone you know is charged with a Drink Driving offence and requires representation at Court or would like more information about your options please contact Oliver Hagen on (02) 4731 5899 or email litigation@batemanbattersby.com.au.